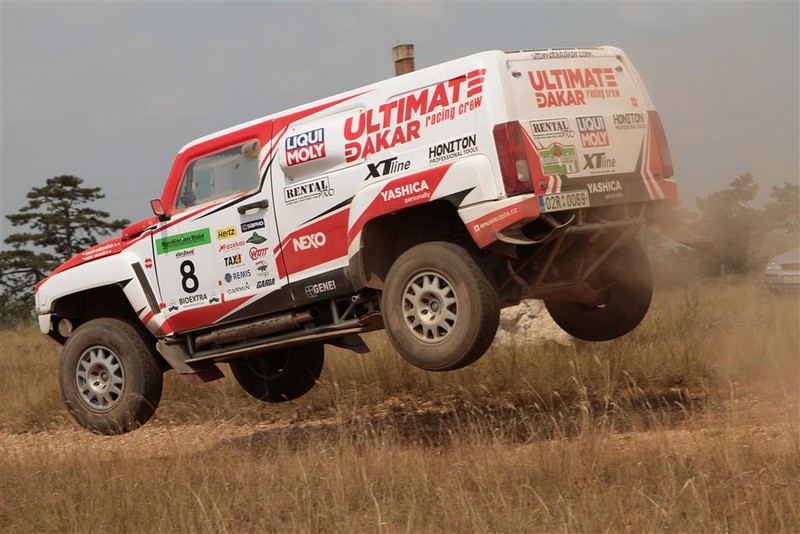 A day full of bad luck

After the excellent start on Friday, the longest day of HunGarian Baja didn’t run as expected for the crew of Ultimate Dakar. Tomas Ourednicek and Pavel Vaculik was sixth to start this morning in SS1, and in the first part of the 175 km special they found a good pace. In the second part, however, they had to stop because of health problems of the co-driver. Later Pavel was able to continue but the crew lost serious amount of time.

In the afternoon the competitors had the same 175 km long track to complete in even hotter conditions. With the permission of the rally’s medical chief, Ultimate Dakar’s crew took the start, but unfortunately after about 60 kilometres Pavel’s health problems reoccurred, so the crew had no other choice than to quit the stage and return to the Service Park. On Sunday HunGarian Baja ends with one special on the track but in the opposite direction. If Ultimate Dakar will be able to start, will depend on Pavel’s condition.