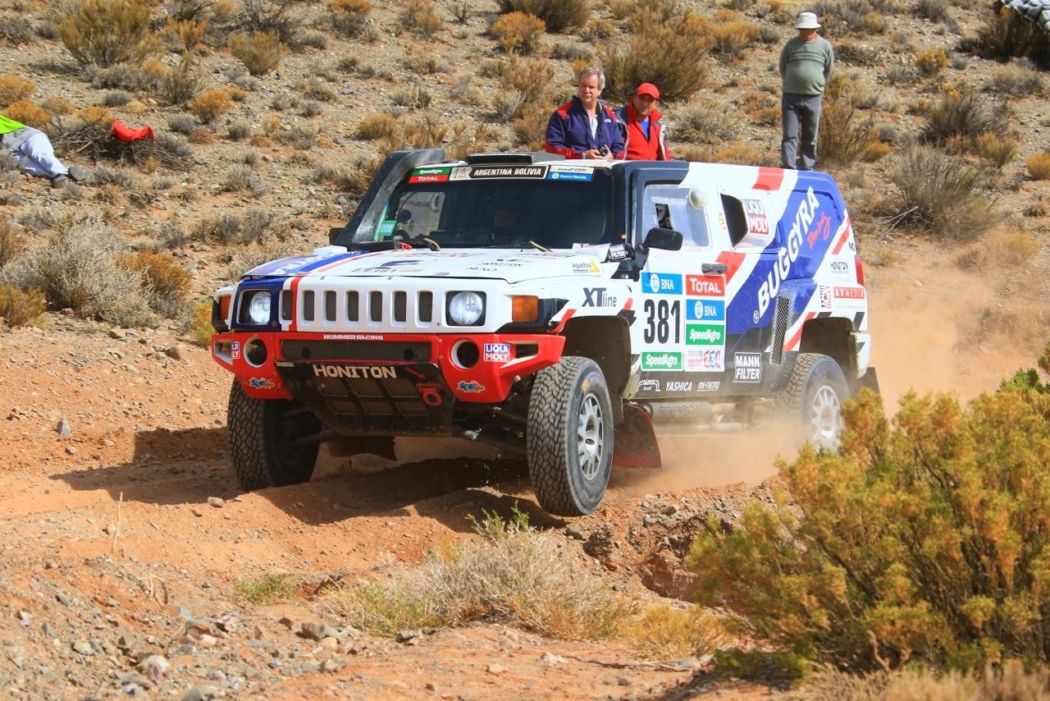 A long and hard day

The crew of Buggyra Ultimate Dakar had a long and hard day in the 6th stage of the 2016 Dakar Rally. After their problems, Tomas Ourednicek and Pavel Vaculik managed to bring the Hummer H3 EVO home with the 49th time, thus occupying 43rd position overall.

“At about 78 kilometres into the special, someone very fast was behind us, and I pulled off the track not to slow him down. Unfortunately, we got stuck and, lacking engine power, we couldn’t get out. Some people helped us but still we lost about 15-20 minutes. After about 200 kilometres we had problem with the engine, we were able to drive at 20-30 km/h only. We stopped, but after maybe five minutes we could continue and finally we reached the finish line after almost seven hours,” Tomas Ourednicek summarised the 723 km loop stage around Uyuni, of which 542 kilometres were against the clock.

Tomorrow’s 7th stage leads the competitors back to Argentina, namely to Salta. The last drive before the long awaited rest day will be long again, 793 km, with a special of 353 kilometres.