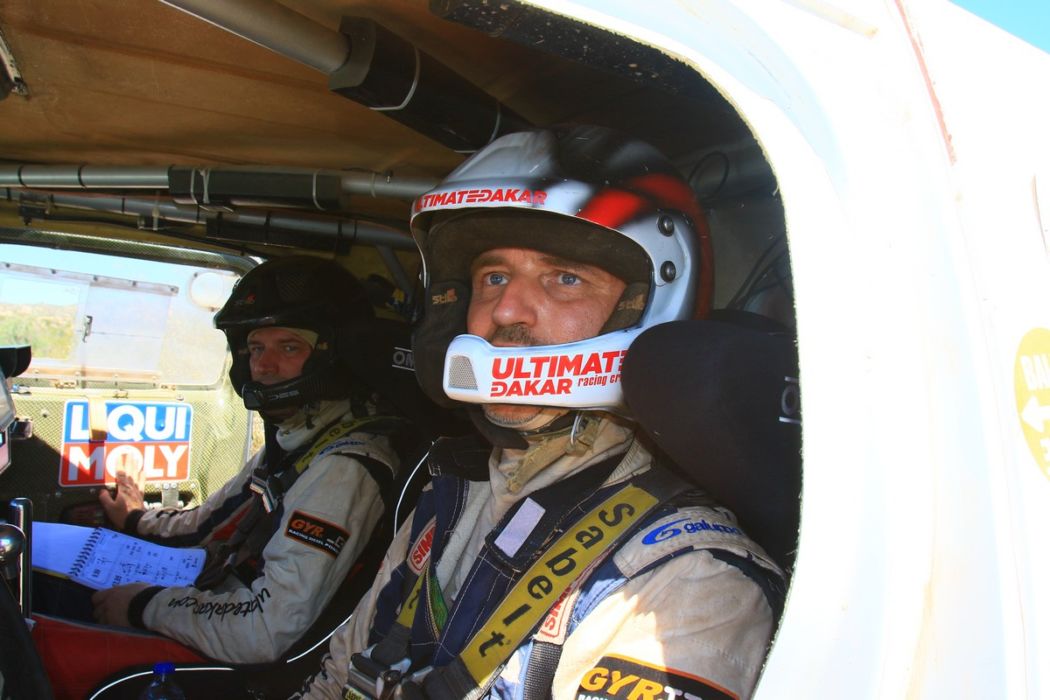 The 2016 edition of Baja Aragon will mark a huge milestone for Tomas Ourednicek and Pavel Vaculik: instead of their faithful Hummer, the crew of Buggyra Ultimate Dakar will start in the most traditional event of the World Cup with the Ford Ranger Dakar of South Racing, the same vehicle with which Xavier Pons clocked an impressive 3rd time in the opening stage of this year’s Dakar.

Baja Aragon is one of the most prestigious events in the Cross-Country Rally World Cup calendar. Taking place for the 33rd time, it has always attracted the top contenders of the sport, this year Dakar winners like Nasser Al-Attiyah, Carlos Sainz, Nani Roma and Jutta Kleinschmidt as well as WRC stars like Mikko Hirvonen appear on the entry list.

“Last year Baja Aragon was one of the most difficult races for us with health problems for both Pavel and me, but also an extremely important lesson for preparing for the Dakar. I think the experience gained there about hydration for example was a key in our Dakar success.

This year everything will be different. It is a big privilege to drive the official Ford Ranger Dakar. The invitation came in the last moment, unfortunately we can’t make a single kilometre with the car before the start, so this will really be a test for us. We want to drive carefully because the main goal is to reach the finish line and get the most possible experience with the Ford. I’d like to say thank you to South Racing for their trust in us, to Tatra Buggyra Racing for all their help and, of course, to our sponsors for their ongoing support” Tomas Ourednicek said.

Tatra Buggyra Racing also has a huge surprise for Baja Aragon: while Dakar stage winner Martin Kolomy is back behind the steering wheel of ‘Fat Boy’ following his injury, as a consequence of the health problems of David Vrsecky, Martin Prokop will debut in truck category driving ‘Phoenix’.

Baja Aragon starts on Friday afternoon with a 9.5 km Superspecial, followed by three long specials on Saturday and Sunday. After completing a total distance of 800 kilometres including a total of 560 kilometres against the clock, the crews reach the finish line in Teruel, on Sunday early afternoon.