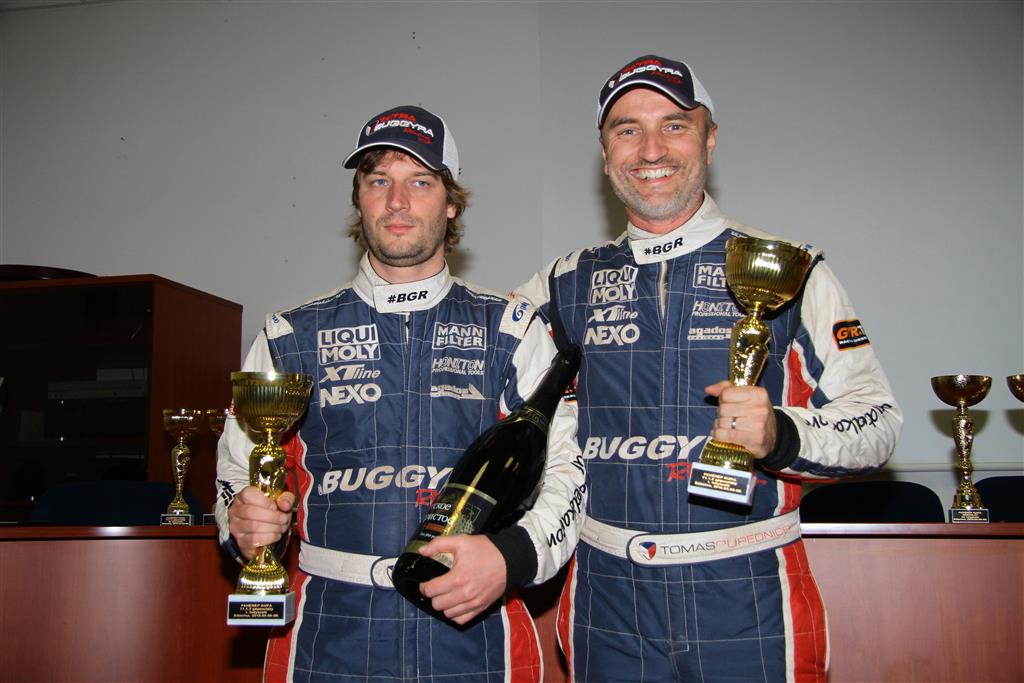 Babolna again brought a good result for the crew of Buggyra Ultimate Dakar: Tomas Ourednicek and Pavel Vaculik won in category T1.1.2 and finished 4th overall in Feherep Cup, 4th round of the Central European Zone Trophy (CEZ) and 2nd round of the Hungarian Championship.

Feherep Cup started with a short Superspecial on Friday afternoon, with the strongest line-up so far in this year’s CEZ series. On Saturday the rally continued with five specials, three rounds on the shorter, 21 km track and two on the longer, 43 km one. As the tracks were relatively short, the battle was fierce and to the seconds from the start to the finish line.

“On Saturday, in the first specials we had to be very careful because there was big rain the night before and also in the morning and the track was quite muddy. Later the track became drier and our times improved a lot, in two specials we were 2nd. By the end of the day we climbed up five positions in the overall classification.

Sunday morning was similar to Saturday: after a rainy night the track was wet and slippery again, so we drove cautiously, especially after we heard about the nasty accident of Balazs Szalay. We fought a huge battle with Zdenek Porizek, and finally we won our category and improved one position overall, so this was again a successful weekend for us” Tomas Ourednicek summarised the weekend.

Next race of the Central European Zone Trophy will be Gyulai Várfürdő Cup in Gyula, in the southeastern part of Hungary on 3-5 June, 2016. 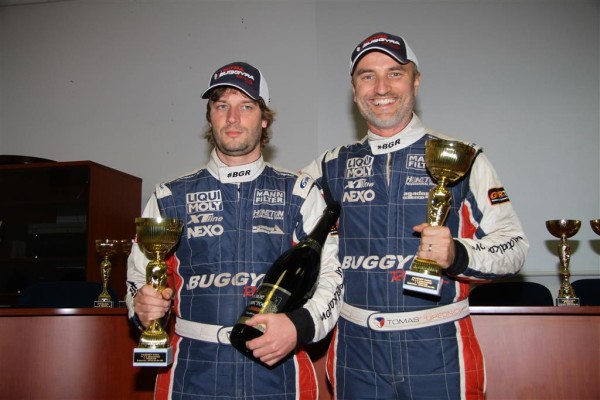