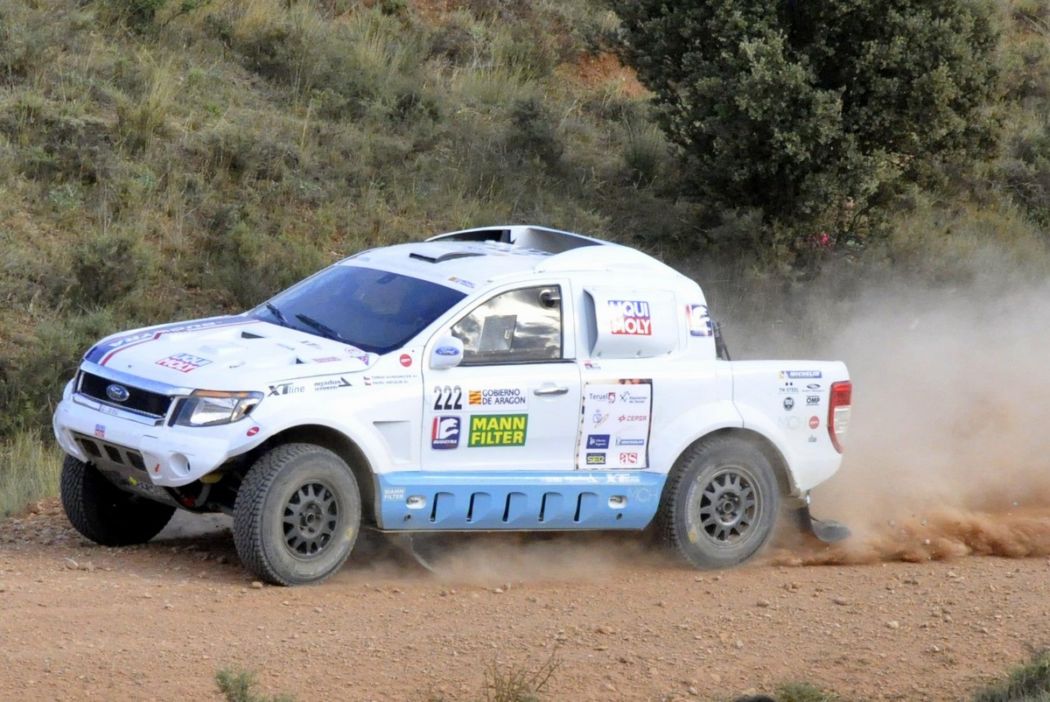 The 9 km Superspecial of Baja Aragon brought a very positive first impression of the Ford Ranger Dakar for the crew of Buggyra Ultimate Dakar. Tomas Ourednicek and Pavel Vaculik decided to stay on the safe side for their debut with the vehicle of South Racing and they clocked the 23rd time in the short warmup.

“Today was amazing, the first kilometres with the new car, we really enjoyed it. I tried to drive safely but fast and I think we had a good tempo. In the middle of the Superspecial we suddenly saw thick dust in front of us, and it turned out that a car crashed. The crew was OK, but their vehicle blocked the road, so we had to pass them from the side, and after this incident it was difficult for us to maintain concentration, and we made a small mistake. We lost some time but the most important is that we finished the first day without any problem and we are looking forward to tomorrow’s stage” Tomas Ourednicek said.

Tomorrow Baja Aragon continues with two specials of 181 kilometres and 184 kilometres. The fifth round of Cross-Country Rally World Cup ends on Sunday with another 184 kilometres against the clock.