Saturday was a day of fours for the crew of Ultimate Dakar: after four specials, Tomas Ourednicek and Pavel Vaculik occupy the 4th place with less than four minutes gap to the leader after the longest day of Gyulai Várfürdő Cup.

The new Tripmaster held some surprises for the team in the first half of the day: about 10 kilometres before the finish of the day’s first special, which made navigation extremely difficult for SS2. Fortunately during the assistance time after SS2 the team managed to fix the problem.

The two specials in the afternoon were rather uneventful, apart from two smaller navigational mistakes that cost several seconds for the crew. Like three weeks ago in Sarvar, Tomas Ourednicek and Pavel Vaculik occupy once again the fourth position before the last day of the race, so their goal is obvious: to reach the podium in the final four specials on Sunday.

“The longest day of the rally was rather tiring because of the heat. During the stage we had good results and not so good ones, but the most important is that we brought the car home in one piece and still in the game. Tomorrow we will push for the podium, and we’ll see what happens,” Tomas Ourednicek reported.

Gyulai Várfürdő Cup, fifth round of Central European Zone Trophy and third round of Hungarian championship, continues on Sunday with four more specials. The event closes with a prizegiving ceremony in the downtown of Gyula after a total distance of 621 km, from which 330 kilometres are against the clock. 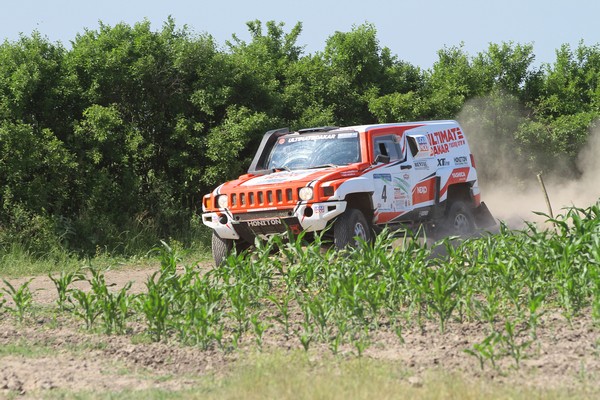