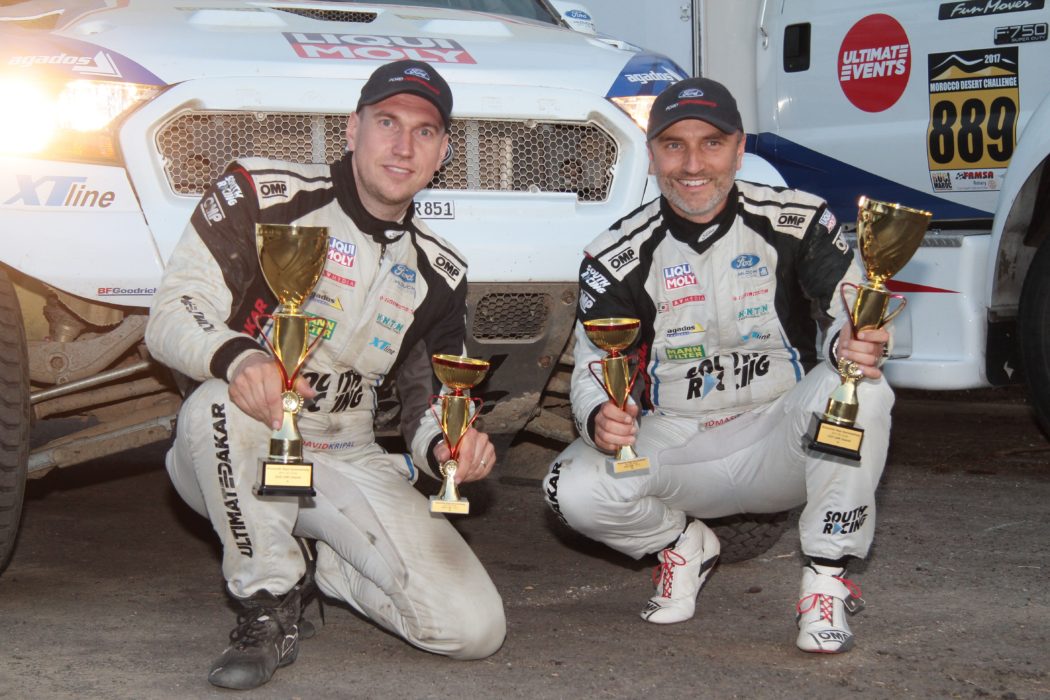 The crew of South Racing CE, Tomas Ourednicek and David Kripal finished Riverside Baja, fourth round of the Central European Zone Championship and second round of the Hungarian championship with four stage victories and 3rd place in category T1.1.

Riverside Baja consisted of ten specials, four of which were also part of classic rally event “Iseum Rally”, running parallel to the cross-country rally event, hosted by the town of Szombathely, in the western edge of Hungary. The tracks, the service park situated in the town, and the start ceremony held in the downtown of Szombathely all attracted a huge number of fans, that was truly motivating for the participants.

“I was looking forward to race in Hungary again and to meet my friends there, but to tell the truth, the setup of the Ranger was not made for this kind of tracks. I had completely different memories of this race, and didn’t really expect Armageddon in the stage. We had no other choice but decrease speed a bit on Friday to save the car for Saturday’s specials that had different characteristics. We really enjoyed the last four stages, and this was reflected in our results, too: we won all of them. All’s well that ends well!” a smiling Tomas Ourednicek told about the weekend.

“It was a very nice race, although the tracks of the first day were really tough, with a lot of mud and many jumps. The last four, classic rally specials were amazing, big fun, we enjoyed the speed and we were very happy to learn that we were the fastest in those” co-driver David Kripal added.

During the two days, a total distance of 330 kilometres against the clock was completed by the crew of South Racing Central Europe, supported by Liqui Moly, Mann Filter, Ford Hlouch Motors, AV Media, XT line, Agados and Fri Tech.