Good start and problems for Ourednicek and Kripal in first stage

The 319 km long first ever special stage of Dakar Rally in Saudi Arabia between Jeddah and Al Wajh was nice but not easy at all for Ultimate Dakar’s Tomas Ourednicek and David Kripal. However, the Czech crew managed to bring their Ford Ranger Dakar in the first bivouac in Al Wajh despite some problems and time loss.

“It was a good stage, nice to drive, altogether I enjoyed it, but to be honest, we both made a mistake and I’m afraid this will take its toll on the rest of our race. It all started well, after 5 km we managed to overtake the competitor starting before us. Then we already had the next car to pass in sight when the engine stopped – fortunately only briefly.

Later we lost some time looking for a point and that cost us dearly as many slower vehicles got in front of us. In the dunes, we got stuck due to another stuck car that we couldn’t avoid. Then we lost a tyre and after one kilometre, another one, so in the stony part we had to drive very carefully since we only had one spare wheel left.

In the end, we lost some one and a half hours, which is not good, especially as from tomorrow the start will be mixed, together with trucks and SSVs, so I’m afraid we made our own lives more difficult with today’s result. However, we go on and try to enjoy the rally and make the most out of it,” Tomas Ourednicek summarised the day.

“We have worked a lot to be here so I feel really lucky to have been able to start in the Dakar Rally again. The past few days were not easy for the team but we were able to take the start and the car is in good condition now. We had a hard time finding one of the points and I’m pretty angry about that because we were going the right way and changed direction some 200 metres before the point – but the most important is that we validated it. We lost some time but it was only the first day of the Dakar, thousands of kilometres are in front of us. Tomorrow we’ll have 360 km on a different type of terrain, with new regulation, we’ll see what will happen,” co-driver David Kripal added.

The 42nd edition of Dakar Rally continues on Monday with the 401 km second stage from Al Wajh to Neom, of which 367 km will be the timed section. 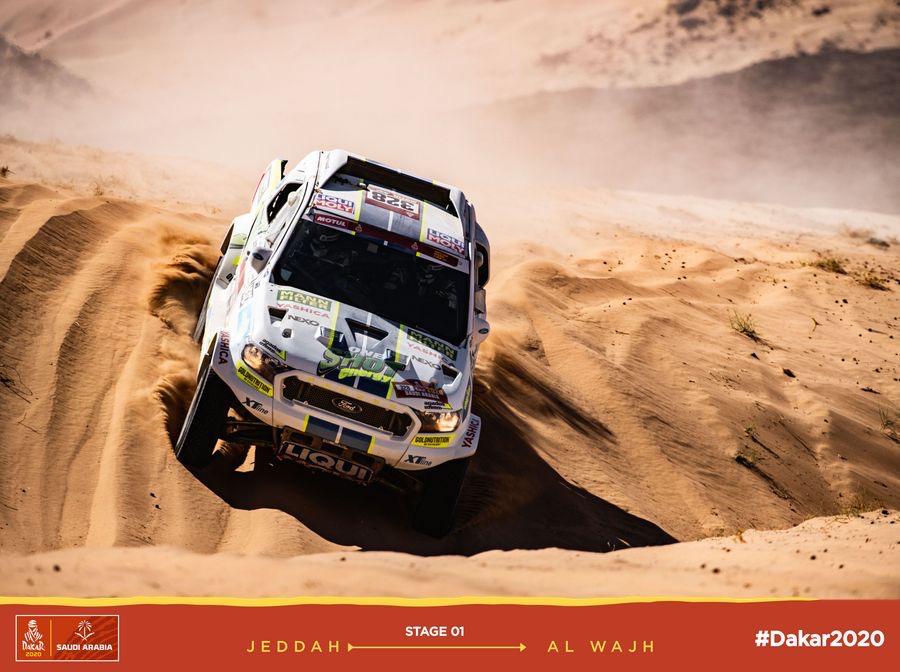