Dakar 2021: Ourednicek and Kripal add another successful finish to their impressive records

Ultimate Dakar Racing’s Tomas Ourednicek and David Kripal finished the 2021 edition of Dakar Rally in 42nd position and 18th in their category, despite suffering from technical problems
throughout the race, which was held in Saudi Arabia for the second time. This means Tomas finished seven out of his eight Dakars and all five as a driver, while David remains 100% after four Dakar participations – a strong achievement!

At the Dakar, the first victory is to reach the starting ramp, but in 2021, amidst the coronavirus pandemic and all the restrictions, it was even more true. The organizers had to impose very strict rules which posed a huge challenge for the teams making everyone’s start uncertain until the last moment. The new navigation rules and the demanding tracks made the race especially tough even for the top crews, one counting 23(!) punctures during the 12 stages, another having damaged three driveshafts in a single stage ...

For Ultimate Dakar Racing, the 2021 Dakar was special as this was the first start for Tomas Ourednicek and David Kripal with a brand new Toyota Hilux. Unfortunately, due to the problems caused by the pandemic the time was simply too short to prepare the car as in a normal year and this took a toll during the rally in form of an unusually high number of technical problems. Sometimes these put Tomas and David on the brink of withdrawal, but they remained true to their motto “never give up” and were finally among those who were able to celebrate on the podium in Jeddah.

“This Dakar was very hard for us both physically and mentally. I think this was the hardest race I’ve ever participated in. We are very proud to have finished, actually, I can still hardly believe it. We had some 15 punctures, an all-time record for us, but as much as we heard, some top drivers had even more. It was sad to see great drivers like Sebastien Loeb or Bernhard Ten Brinke quitting the race due to accident or technical problem, we feel really lucky. Despite the technical problems we see massive potential in the new Toyota, and are looking forward to a new season with hopefully less COVID restrictions and more rallies,” Tomas Ourednicek said.

“The route and the organisation were amazing, the navigation was very hard because of the many parallel tracks. It was a true Dakar, very difficult, but we are very happy to be in the finish,” co-driver David Kripal added. 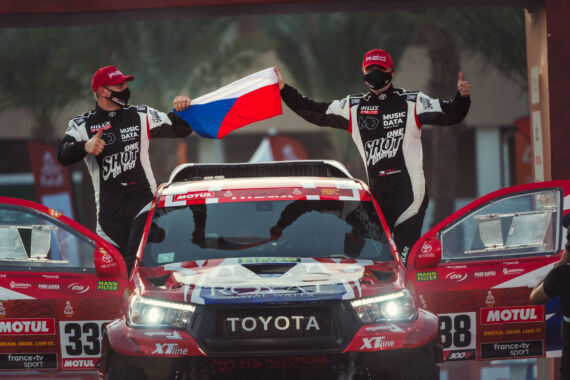 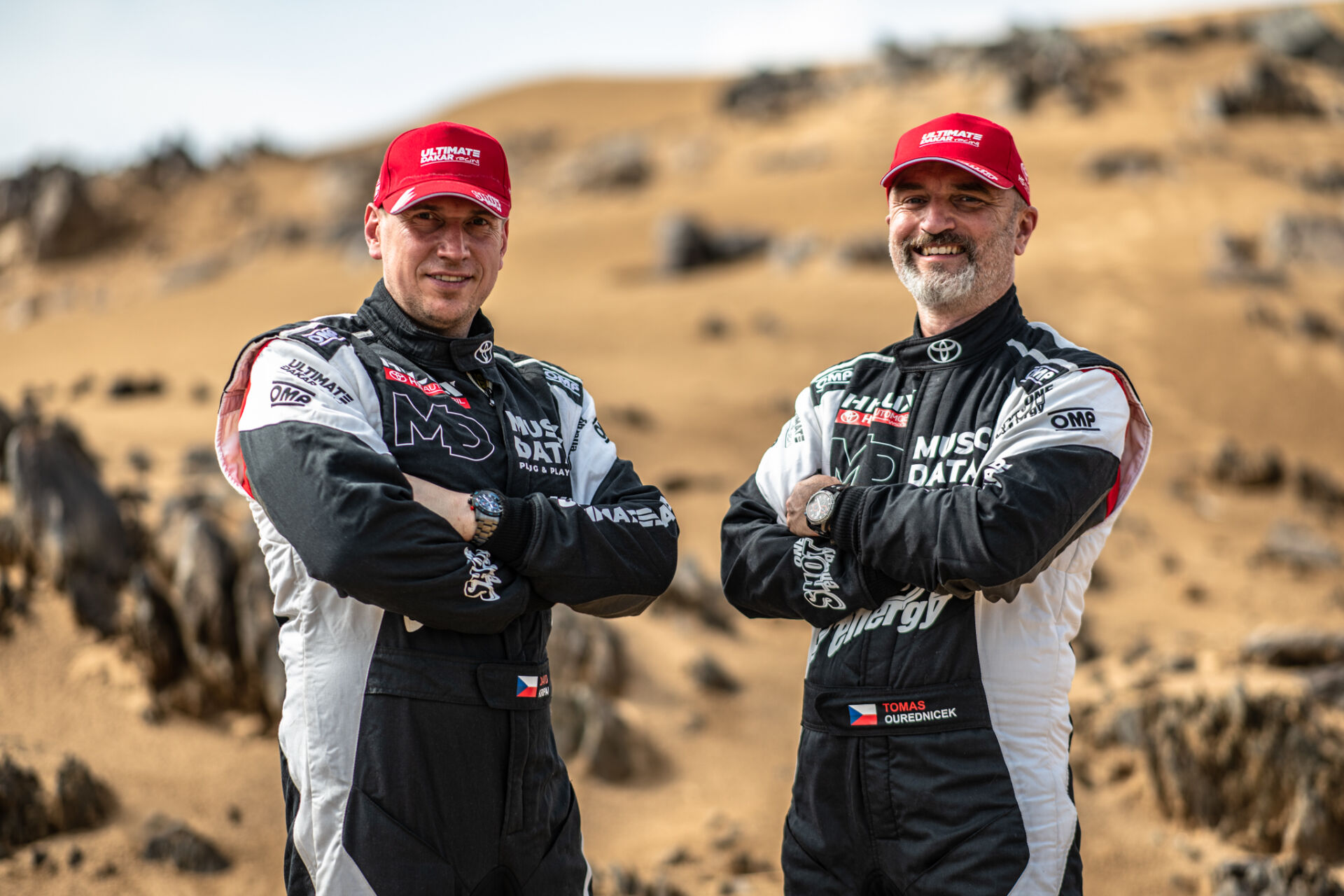 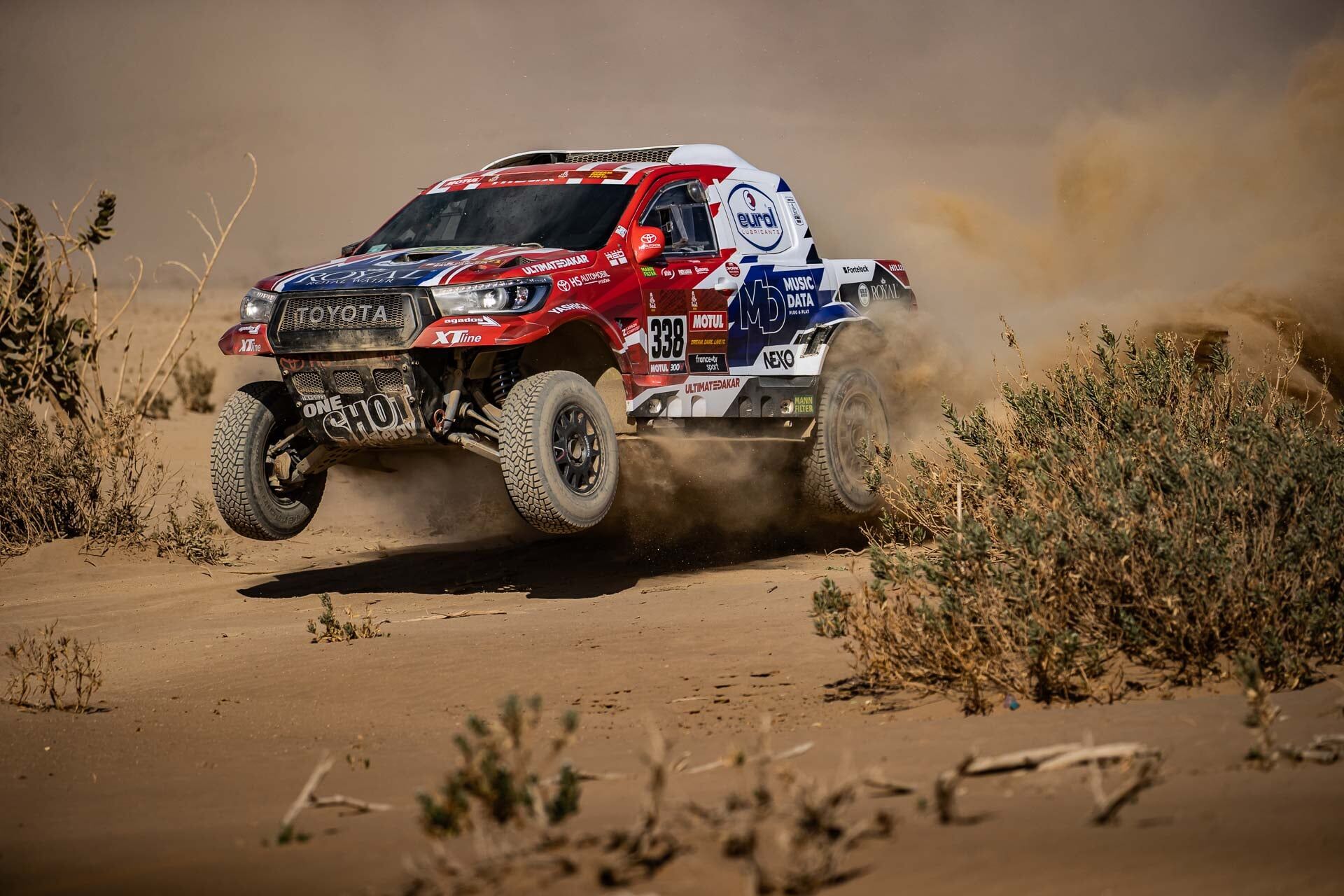 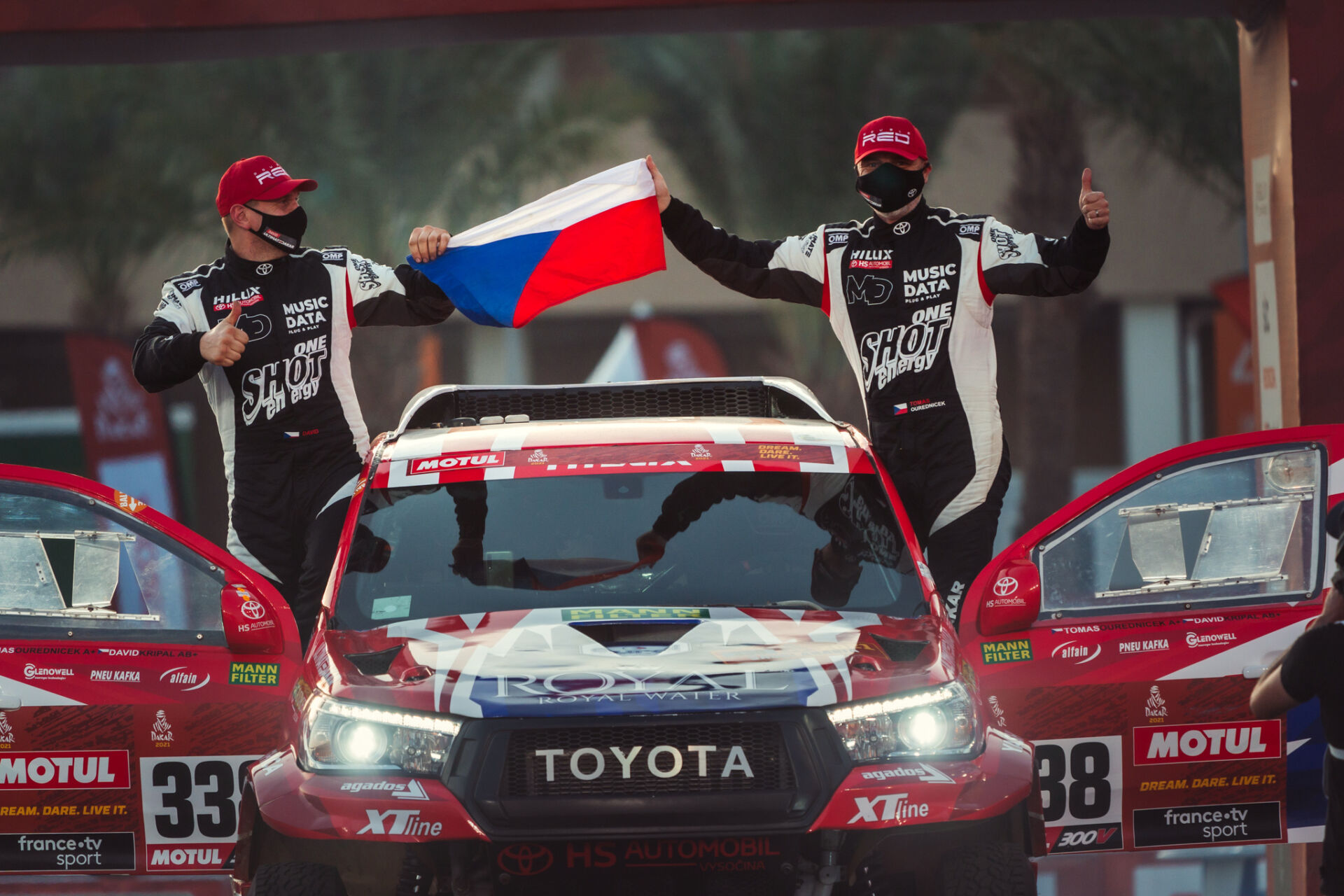