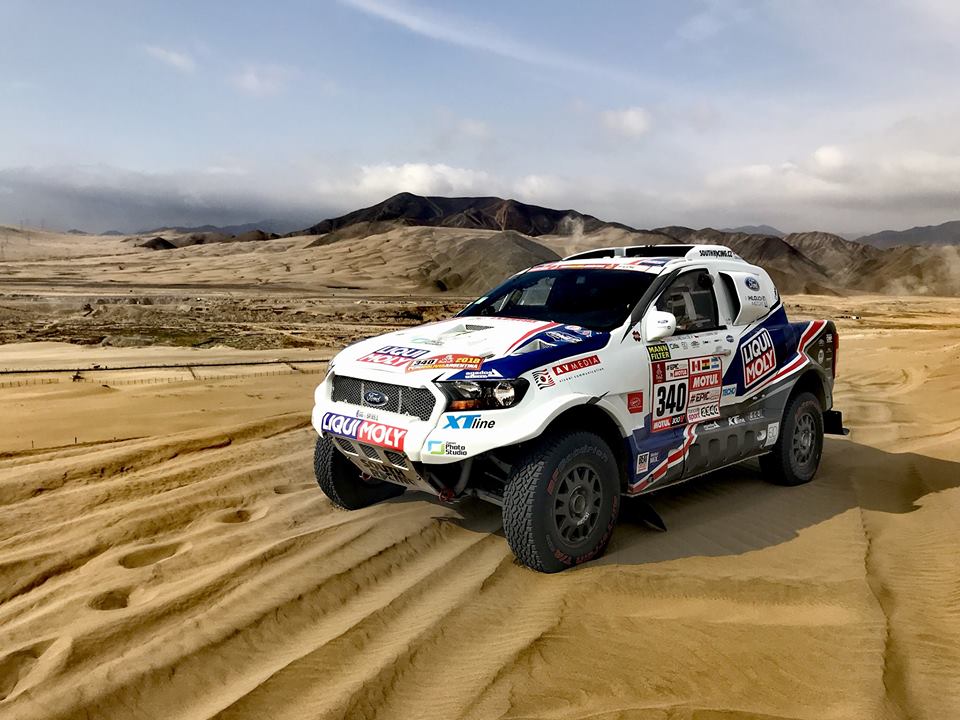 Despite the nice hot weather in Lima, Tomas Ourednicek felt cold, ice cold when he and co-driver David Kripal went to pick up their Ford Ranger and learnt how close they were to the 40th edition of Dakar Rally to end for them before even the start…

It turned out that after the long journey across the ocean, in the Callao port the battery of the precious racing car of South Racing Central Europe exploded and caught fire. Fortunately, the fire was noticed and put out quickly enough not to make major damages to the Ranger.

“I’ve prepared for this race for not one but two years. I decided to miss the 2017 edition to put all my resources and efforts into the 40th anniversary Dakar. I can’t really explain how I felt when I learned about what happened. It’s still hard to find words. But anyway, the car seems to be OK, our mechanics will make the necessary repairs before the scrutineering. I would like to say thanks to the organisers for saving our car, and I really hope that with this incident we had our share of bad luck for this Dakar, and from now on Lady Luck will stay on our side,” Tomas Ourednicek says.

There is only one day left until the start of the 40th edition of Dakar Rally in Lima, before the competitors hit the road to complete the 9000 km route to Cordoba in Argentina, with a stop in Bolivia’s La Paz. You can follow the adventures of Tomas Ourednicek and David Kripal in the Ford Ranger #340 at www.ultimatedakar.com/dakar2020/