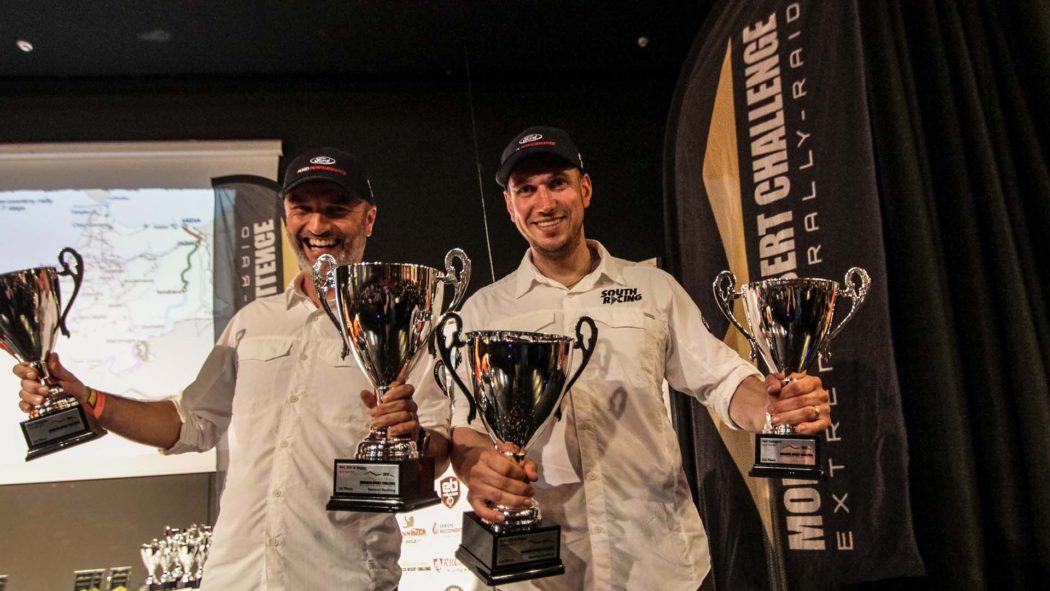 The only Czech crew in one of the biggest cross-country rallies in Africa, Tomas Ourednicek and David Kripal scored their first victory in Morocco Desert Challenge, finished today in Oujda. The event that started on Easter Monday in Agadir had nearly five hundred participants from 22 countries, including such renowned drivers as reigning Portuguese champion Nuno Matos or cross-country rally legend Stephane Henrard.

Morocco Desert Challenge began in a difficult way for Tomas Ourednicek and David Kripal. After minor technical problems in Stage 1, they lost about one hour during the second day due to a broken driveshaft. This time loss seemed to be pretty costly in terms of overall results, but Tomas and David began to fight their way back up on the results list right the next day with their first ever stage victory.

They took the lead at halfway through the event, in Stage 4 and didn’t let it out of their hands for the remaining three days, despite a puncture and intercom problems on penultimate day.

“Today we were fighting up until the last kilometres! It was really dramatic, because we had a small ‘gardening’ ten kilometres before the finish, but we are here and managed to keep the lead. It’s a very special feeling for me to score my first victory as a driver, and especially that it happened in such a long and hard event.

_Morocco Desert Challenge is a wonderful race, really hard, with navigation even more complicated than in Dakar. We’d like to say thanks to the organisers because they did a great job. _

Actually this was not our top speed, we put the emphasis on avoiding mistakes, to learn to work together with my new co-driver and to improve our driving and navigation skills, so we didn’t really expect such an excellent result. We are very happy, and looking forward to the next phase of our preparation for the 2018 Dakar Rally!” a delighted Tomas Ourednicek said after the finish.

“For me everything was new, since this was my first desert rally and I’ve never been to such a long event either. A cross-country rally in Africa is simply different from everything I’ve ever experienced, and Morocco Desert Challenge was very difficult, but really beautiful. Of course, there were some tough moments, like when we had to change the driveshaft in the middle of the desert or when we didn’t have intercom for about 50 kilometres, but we managed to solve all the tasks. It’s a super result and a great feeling” co-driver David Kripal added.