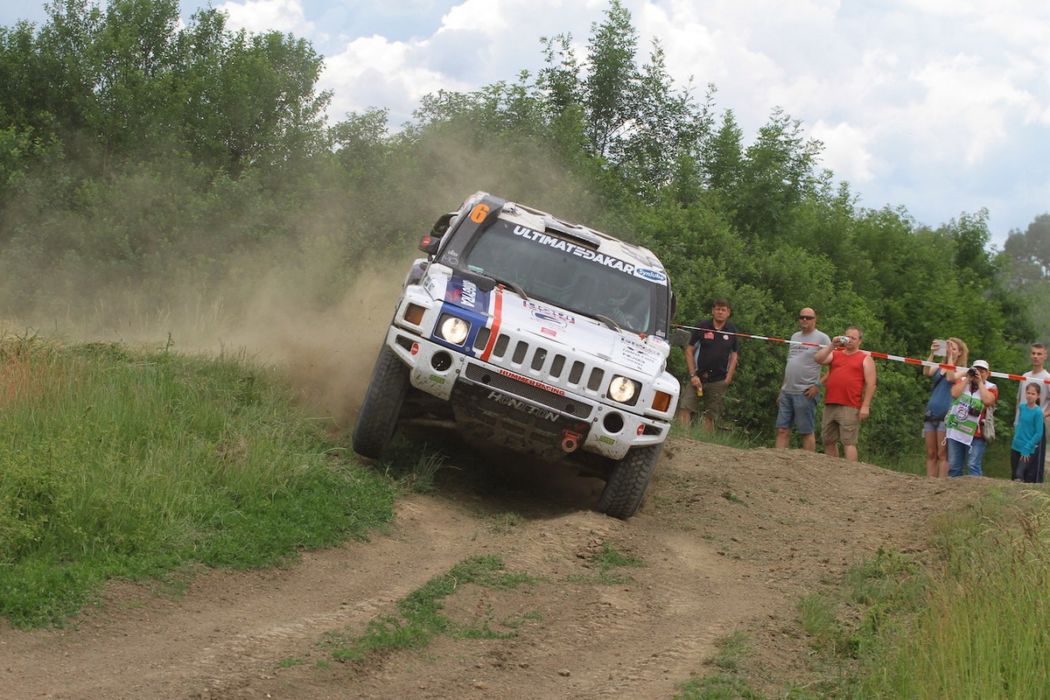 Another great weekend in Gyula

The crew of Buggyra Ultimate Dakar achieved another excellent result in their favourite event, Gyulai Varfurdo Cup, in Gyula, Hungary. Tomas Ourednicek and Pavel Vaculik finished fourth in the fifth round of the Central European Zone Trophy and third round of the Hungarian championship.

The race started in nice weather conditions on Friday afternoon, but the rain forcasted for the weekend was already knocking on the door. Tomas and Pavel started cautiously and clocked the 6th time in the international field featuring all the top drivers of Central European Zone Trophy (CEZ) from Hungary, Poland and Czech Republic.

Saturday morning saw a wet and muddy track but the rain stopped already by the time of the start. The track of SS2 was extremely slippery, but Tomas and Pavel managed to bring the car home with a 5th time, while in SS3 they were the 3rd best in the field. In the afternoon, on the longer track the crew improved their time by almost 3,5 minutes, and closed the day with a nice 2nd time in SS5. In the overall classification they were in 5th position.

On Sunday morning the competitors found similar conditions as 24 hours before: after a rainy night the track was wet and slippery again requiring extra amount of caution and focus from the participants. Right in the first of the four specials of the day, Tomas and Pavel clocked the 3rd time and climbed up to fourth place. During the rest of the day, they went on clocking 3rd times fighting for a podium finish, and decreased the gap to a mere 52 seconds, finishing fourth overall. 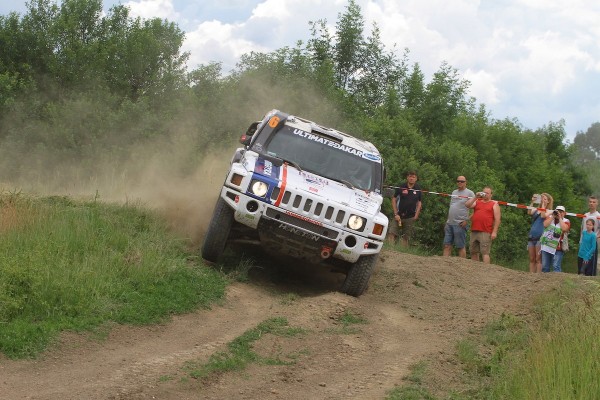 “I don’t know how many times I’ve started in Gyula, but this was definitely the hardest race ever here, due to the weather conditions. Gyulai Varfurdo Cup is special for me, my racing career started here in 2008, and I even stood on the top of the podium with Mirek Zapletal. After last year’s podium finish we hoped for a similar or even bigger success for this year, but beside the field being very strong, the rainy conditions, or better to say, the mud they resulted in, was not really favourable for our car. Despite this, we were able to improve gradually throughout the weekend and to achive good stage results. The car had no major problems, we are quite happy with the setup now, and Pavel did a perfect job with navigation, so generally I am very satisfied with the race” – Tomas Ourednicek summarised the weekend.

Buggyra Ultimate Dakar’s Hummer H3 EVO will be on show next weekend during ‘Legendy’ in Prague. All information about the event is available on www.legendy.cz.