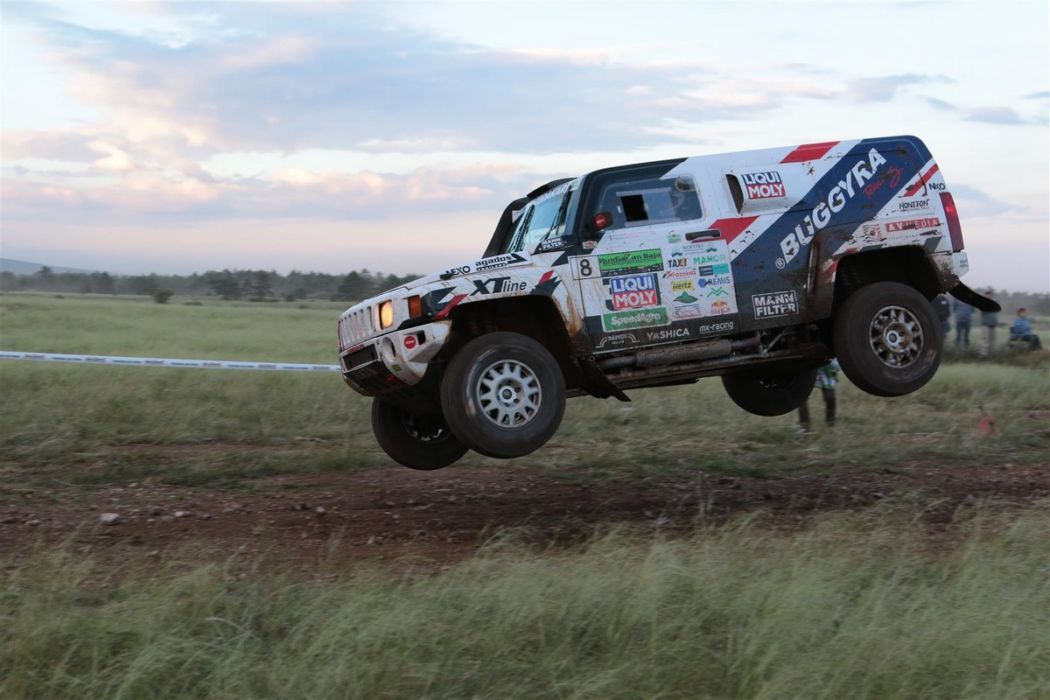 All series have an end – unfortunately also good ones. The crew of Buggyra Ultimate Dakar, Tomas Ourednicek and Pavel Vaculik finished about 30 rallies without major technical problems (including the Dakar) in the past two and a half years, and it’s been more than a year since they last had to quit a rally because of problems with their car. Unfortunately, the engine problem came in the worst possible time, during HunGarian Baja, which is beside being the most important round of Hungarian championship, also counts for the World Cup.

„Right after the start I heard that the engine was not working properly, and after about five kilometres it got even worse and worse. After a hole with water the sound changed completely and we lost power. We tried to continue, after the big water crossing in the village there was a speed limit zone so we stopped the car and we tried to check what’s the problem and we found that one cylinder is not going well, but we tried to continue and we finished the first special.

In the service park we realised that the cable is broken, as since the service time was really short, we had no chance to fix it, so this was the end of our race. This is a big blow for us, because this ruined our chances for a good result in Hungarian championship, too. The stage was very nice, the weather conditions were perfect, because it was not as hot as last year, and there was no rain either, we really wanted to go on, but this is racing. It is almost sure that the cable damage was caused by a marten because we found some hair and experienced also other signs of their presence in the service park” a disappointed Tomas Ourednicek said.

Fortunately Tomas and Pavel dont need to wait too much more for a new chance for racing in the world elite: in two weeks, on 25-28 August, the World Cup continues with Baja Poland, held in Szczecin.